I did a math auction on inequalities in my college prep Algebra I freshmen class.  You could do it with any math content.  I found the idea through someone's blog a while ago, but I don't remember who to give them credit.

I made up some auction paddles.  Made up the worksheets so the kids had to work in groups to complete the three questions in each group.  And, then let the bidding begin.

I made each lot worth a different amount of money.  We did the whole auction and as a group won the "lot", I took a picture with my camera of their work with their team name and the amount they bought it for.  Beforehand, I had set amounts that they would be worth.  So, maybe a student wins lot 4 for $300 and it is worth $500.

It was a fun activity and the kids really liked it.  I wish I had more time in the class because we were a little rushed at the end.  It was a very engaging activity though.  It also helped that I have an assistant teacher who kept score.

Here are some pictures: 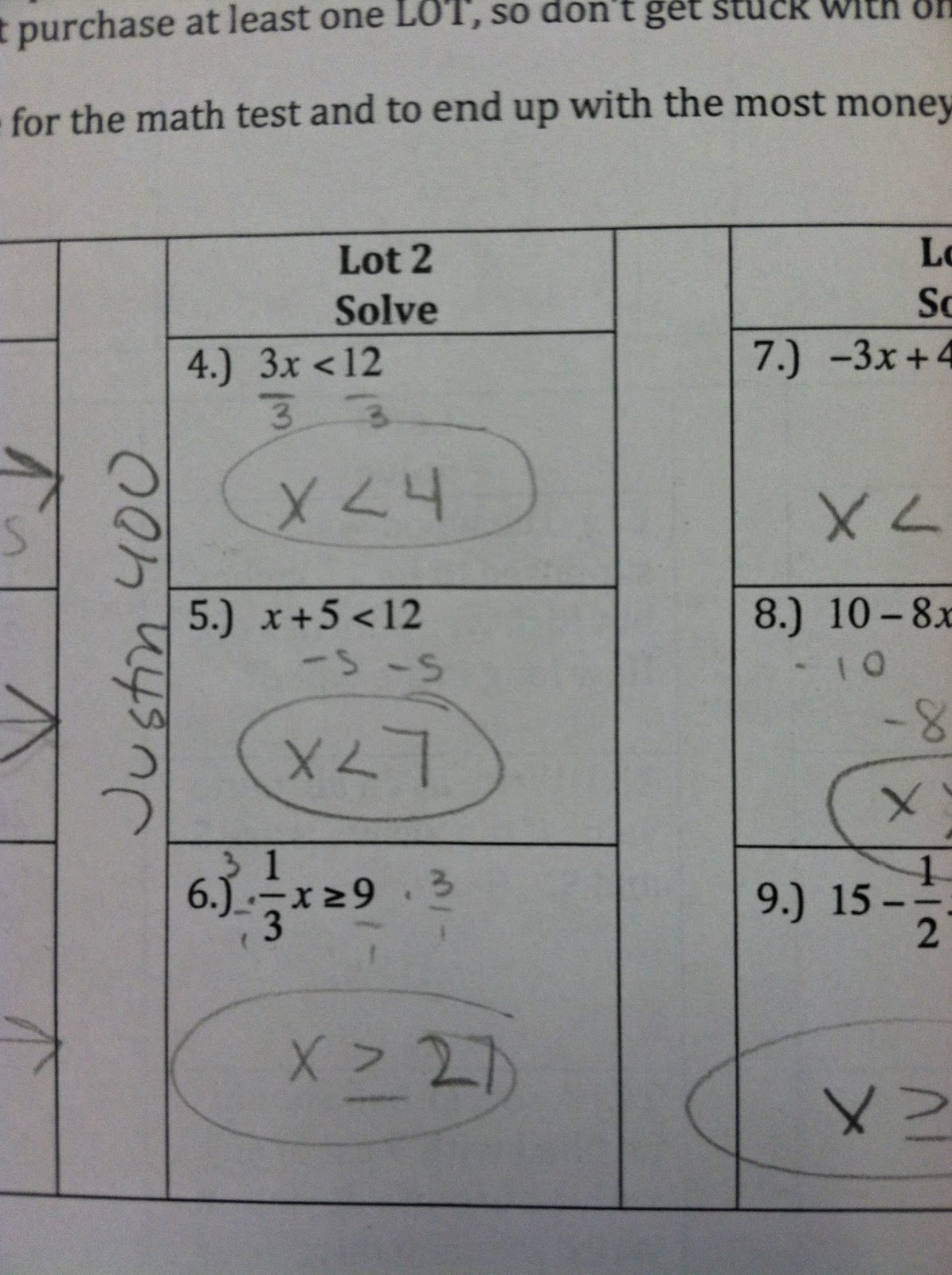 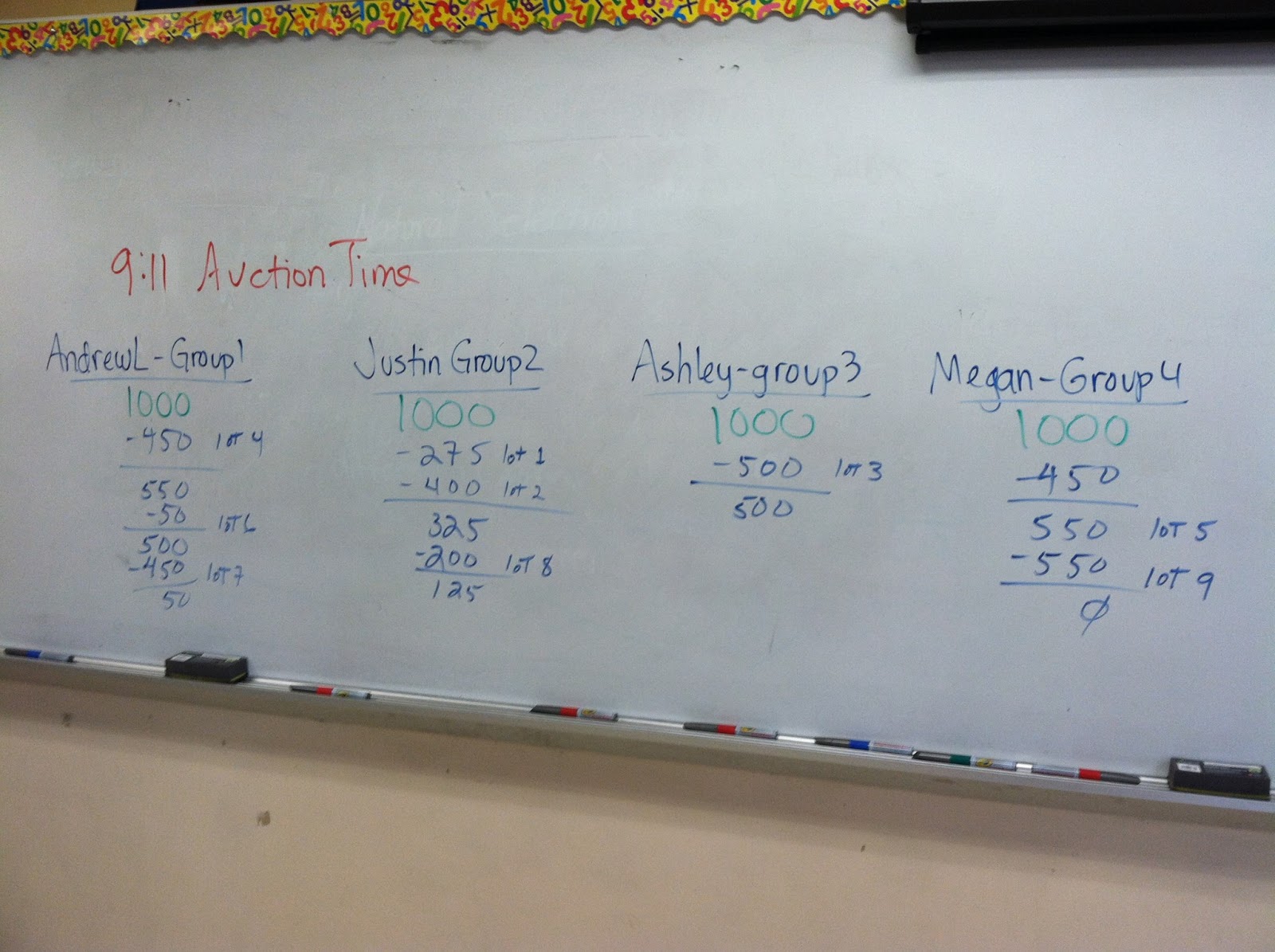 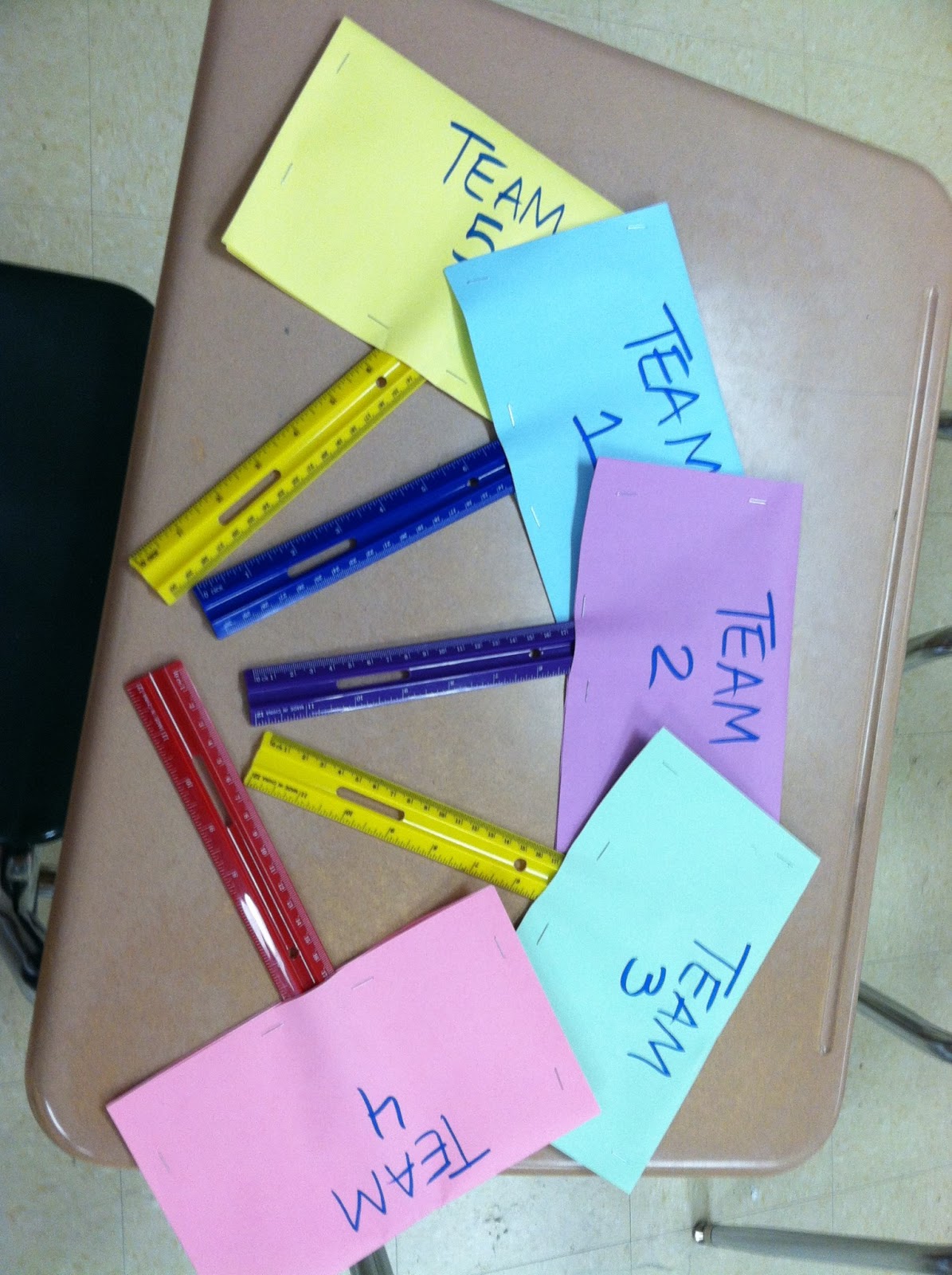 Posted by JFairbanks at 4:22 PM