Four posts already and I haven't eaten a thing.  I need to eat soon.

At the Mall of American, there is a pretty cool Peeps store.  I will say I don't really like Peeps, but they had some cute shirts like "Kickin' it with my Peeps".

I saw this giant box of Mike and Ikes and saw the math.  Do with it what you want.

Let me start with the last one and a question I put to Twitter:  Which one would you buy?  I didn't even notice one was Zours.  I was going for the different sizes.  Think about it - the bag, the box, or the cylinder. 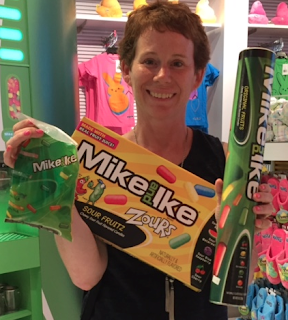 Here is the box that started it.  It is 1.5 pounds and the price is given: 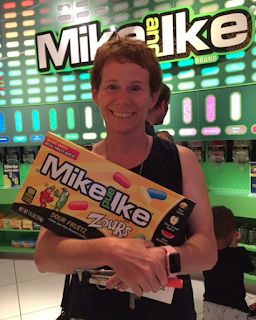 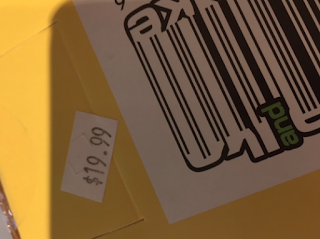 Then, I found this really cool pound with the measurements right on it, only to find out a few minutes later it was the workers bag for people who were making their own bags.  The pricing is also included as well as getting a free pair of earbuds.  The bag fills to 2 pounds then you would put it into the little plastic cans to buy it. 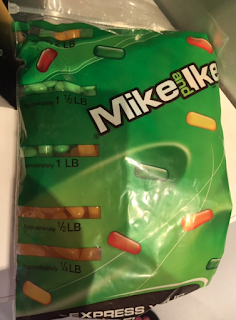 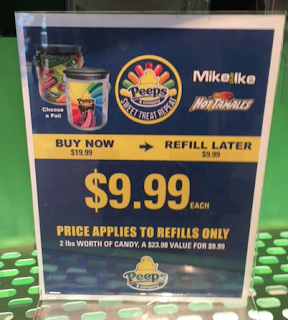 Then, I found the cool cylinder.  Also included are the size and the price. 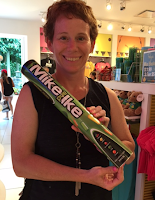 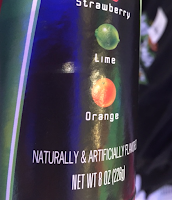 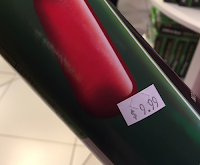 Now what would you buy and why?  What is the best bang for your buck?