Another outside after lunch activity.  I used to NEVER go outside.  I was the teacher who said, "Don't ask to go outside; the answer will always be no."  Why?  I don't know.  It was easier.  It was easier to say no and keep them contained in the classroom, but after our New England winter we are all ready for some nice weather.

I bought a bunch of chalk about 2 years ago and it has been in my closet, unopened.  This morning I woke up with the idea to just graph some quadratics.  We have finished the unit in Algebra I.  We are onto graphing rationals but could use some spiral review of quadratics for our final exam.  I gave them two quadratic equations - both in standard form.  Worksheet here.  They could work in groups of 2 or 3.  They had to write the equation and graph 5 points, including vertex, x-intercepts and y-intercepts.

Most started right to work with drawing the coordinate plane.  A lot of them factored first and I did make them all factorable, I just thought that was interesting.  In our unit, we usually found the vertex first with -b/2a.  So, they factored, found the vertex and graphed.  Some of them did a table of values, plugged in some x's and found the y's.  Interesting because that is what we are doing now for rational function graphing but we didn't really do it with quadratics.  And, one group, uh oh, started by drawing an asymptote - oops - mixed up our current rationals.  Quadratics don't have asymptotes.  I think they will remember that!  I hope.

It was a beautiful day for it.  2 graphs was just the right about and fun for all.  Some pictures: 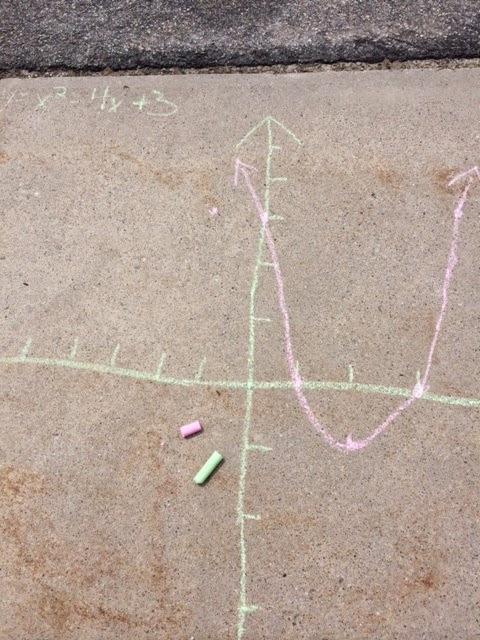 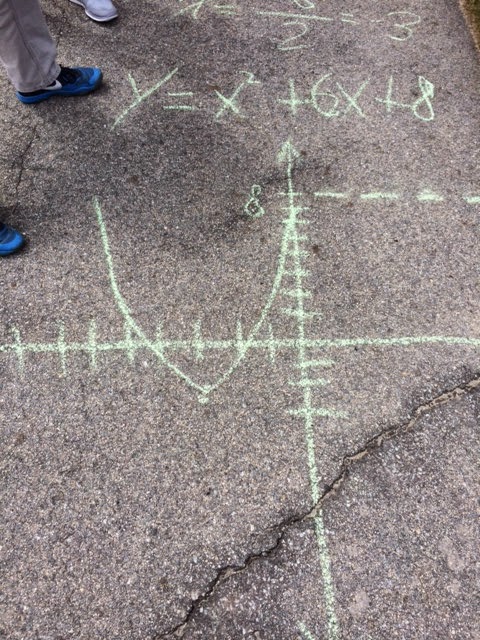 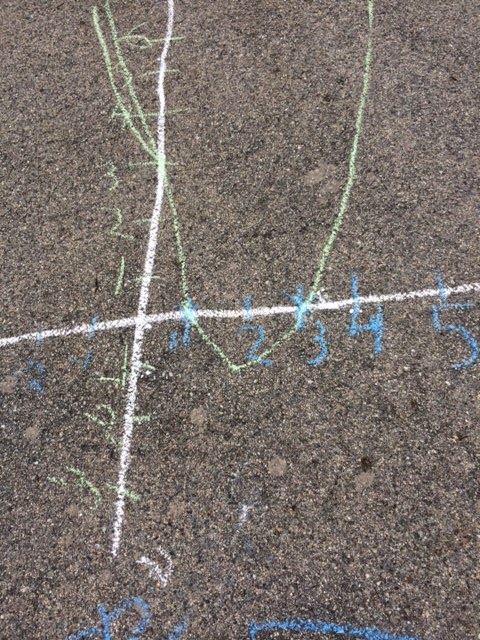 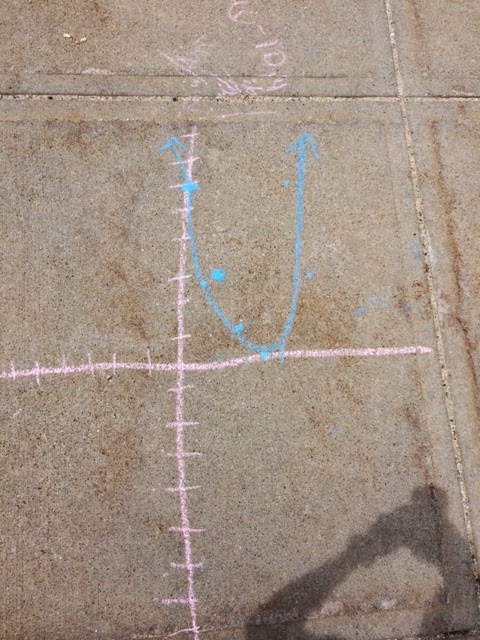 Posted by JFairbanks at 4:24 PM