It was a beautiful New England Sunday and I wanted to do something, so my husband and I headed to a local flea market.  We hadn't been in about 20 years.

Time warp, it was the same stuff junk as 20 years ago.  I felt like we were on the set of the TV show The Goldbergs.  Wow, the people were the same, the stuff was the same, just wow.

We weren't looking for anything in particular and then I saw some Barbie dolls.  I have four sons, but I loved Barbies when I was a little girl.  But, more importantly, I was thinking about my Barbie Bungee lesson.  I did it for the first time last year.  You can read about it here.  It was such a fun lesson.  Barbies aren't cheap though and I cheaped out last year.  I went to Kmart and got two packs of 3 fake barbies for $5.  I did hang a Wanted sign in my room for kids to bring Barbies in, but no one did, so I had to rely on these cheap ones.  It worked, was a great, fun lesson, but their arms, legs, and heads kept falling off and they really didn't have any weight to them. 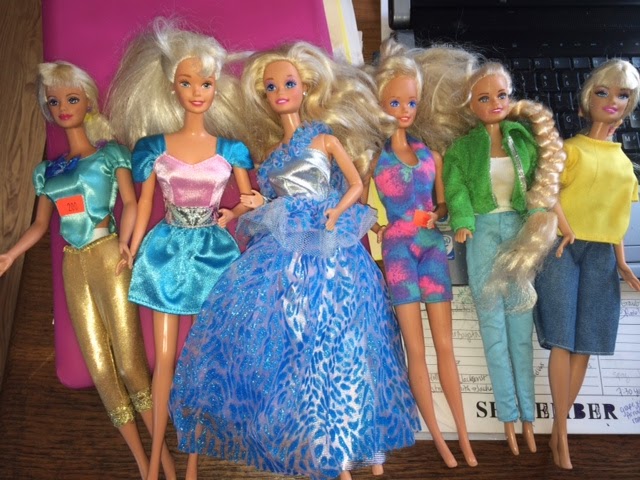